Thunderstorms Across Much of Oregon This Evening & Tonight

We are in a “perfect” setup for thunderstorms across the region the next 12-18 hours.   Just take a look at the latest GOES-WEST satellite image, thunderstorms popping up all across SW, Central, & far Eastern Oregon.  Notice only the northern section of the state is seeing significant sunshine.  There was one small thunderstorm that moved through the metro area around noon, from Tualatin up to Helvetia.  Otherwise it’s been quiet up here. 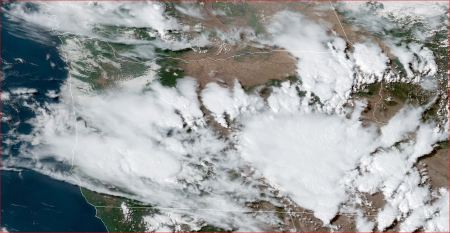 The geostationary lightning mapper shows widespread lightning at this moment.  That’s a new feature of the GOES-R satellite series. 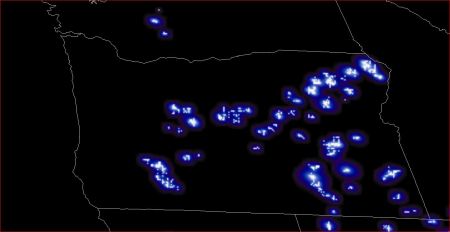 All week long an upper-level low has been sitting offshore not doing much, but it’s on the move now.  Here’s what it looks like up around 18,000′.  Sitting off the northern California coastline.  Wind follows those lines which means the flow overhead is now coming at us (west of the Cascades) from the southeast.  Assuming atmospheric dynamics are good, there’s no reason thunderstorms can’t drift from Central Oregon over the Cascades and then down into the lower elevations westside…that includes the metro area.

This setup IS the pattern in which we get our good “summer” thunderstorms in Portland.  That doesn’t mean everytime this pattern sets up we get an event, but it’s a good sign.

By midday Saturday the low has moved into Southern Oregon, the vast majority of showers Saturday will be over and east of the Cascades because of this movement.

By Sunday morning it’s moving into Idaho and we’re back to boring westerly flow.

Right now there is a Severe Thunderstorm Watch from Lane county northeast into Eastern Oregon.  In fact at this moment several severe storms are ongoing in Central Oregon. 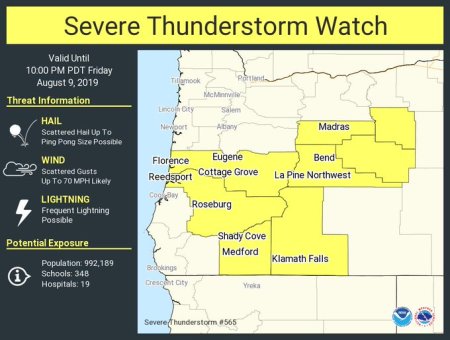 Models disagree whether we get a bunch of storms moving north WEST of the Cascades this evening, but since the pattern is nearly perfect I’m inclined to believe the HRRR model is doing well.  It shows thunderstorms moving north through the Willamette Valley and Southwest Washington and looks like this at 2am.  It wants to keep most action close to the Cascades. 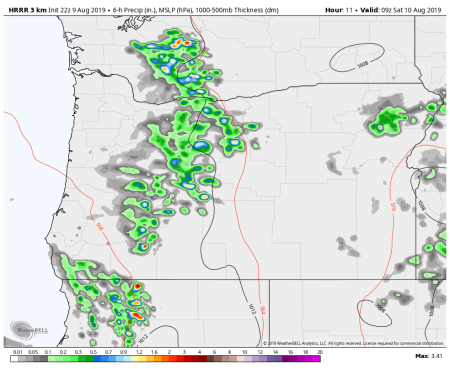 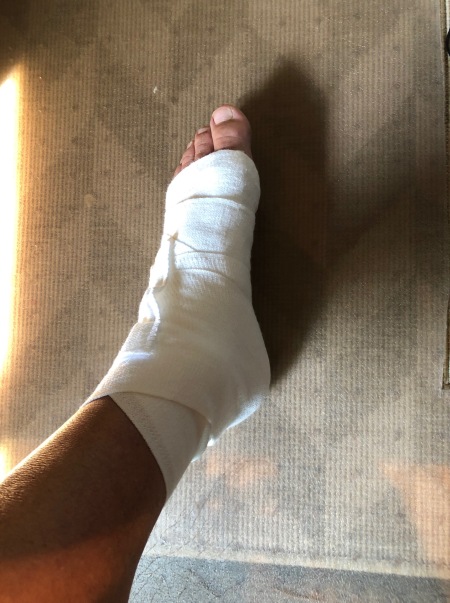 But I should be able to hobble into work the next couple of hours.  Don’t want to miss any thunderstorm fun…I only need one foot to stand up right?

This entry was posted on Friday, August 9th, 2019 at 4:55 pm and is filed under Weather. You can follow any responses to this entry through the RSS 2.0 feed. Both comments and pings are currently closed.

10 Responses to Thunderstorms Across Much of Oregon This Evening & Tonight