Today has been a fantastic day across the region.  Bright sunshine through mid-afternoon and temperatures finally reaching AVERAGE for early-mid March.  A typical high temperature in Portland for today is 56.  Take a look at the highs across the region today.  Very warm in Western Oregon, 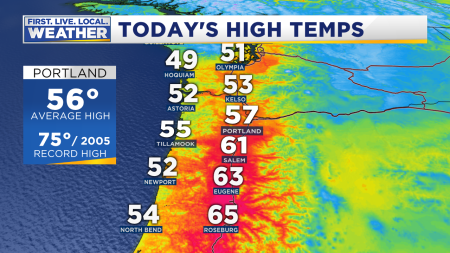 but snow-covered terrain holding down temps for most of you east of the mountains.  Somehow a southerly wind pushed Central Oregon into the 50s…the melt is on! 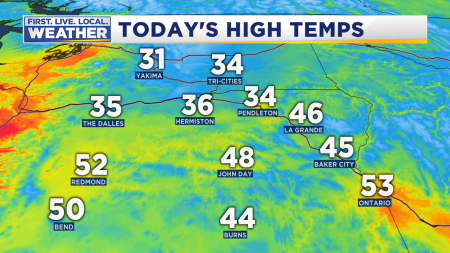 What’s ahead?  The big picture shows that we are in a 10 day period with temps mainly above average.  It also appears drier than average.

Expect a rainy night and then showers & sunbreaks Tuesday through early Wednesday morning.  We might even see some hail or a rumble of thunder.

But this appears to be the only rain between now and the middle of next week.  Take a look at the ECMWF model ensemble chart for 24 hour rainfall. 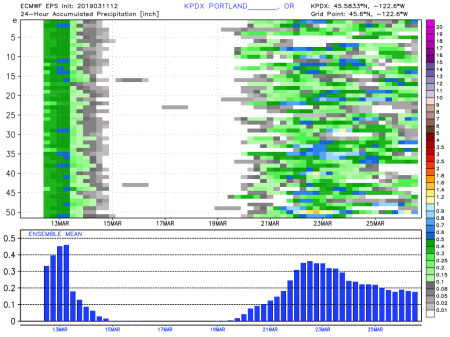 Very good agreement that we’ll be dry through at least Tuesday the 19th.  Interesting that showers return just a couple of days before Oregon’s Spring Break begins.  That would be appropriate I suppose.  The reason we warm dramatically late this week is our first upper-level ridge of the spring season.  You see it on the 500mb map for Friday, 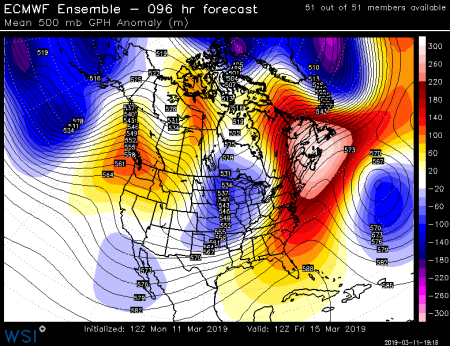 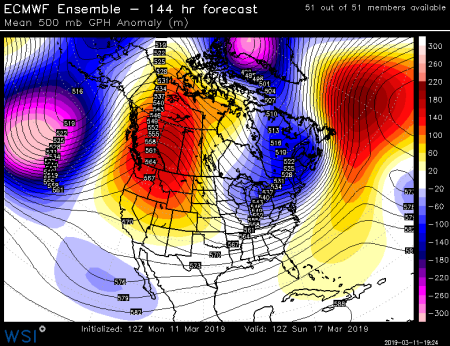 and then still there Tuesday on both the ECMWF & GFS.  Click for a larger view. 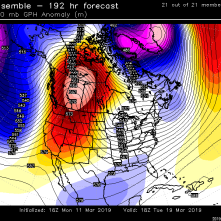 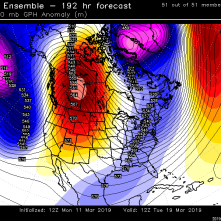 At that point it’s moving to the east.  ECMWF says a wet/mild pattern arrives late next week.  Here’s the day everyone is headed out for Spring Break in Oregon… 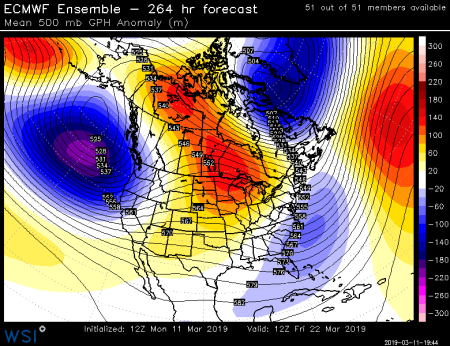 Could we hit 70 degrees?  Yes.  850mb temps rise to +4 to +7 on both GFS/ECMWF Friday through Sunday.  We have light offshore flow (easterly wind) through the period.  That combo with sunshine is enough to push us into the 60s.  Under sunny skies Friday should be our first 60 degree day in Portland.  A weak system may send a lot of clouds overhead Saturday so I kept our 7 day forecast numbers in the lower 60s for Saturday too.

According to my “magic” chart, 850mb temps of +7 should get us to 66-69 Sunday (with offshore flow and sunshine).  As the ridge reaches maximum strength and moves overhead/east Monday, we continue with offshore flow and sunshine.  Models push us to around +10 that day.  In the past, this setup has given PDX a high of 70-75 degrees in mid-late March.  So 70 is likely a good call for Monday; our first 70 of the season.  If models still look the same tomorrow I’ll go for it. 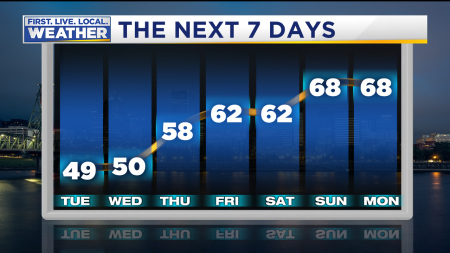 Of course one issue is the snow cover east of the Cascades. 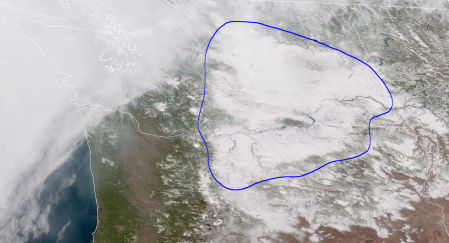 I only see a small area snow-free in the Columbia Basin right now, but strong westerly flow and highs in the 40s the next two days should melt out many of the lower elevations eastside.  I expect it should be at least half snow-free by Friday.  So I think it’s unlikely snow-cover east of the Cascades will have an effect on our temps this weekend and beyond.