Do You Think It Will Snow In Portland Again This Winter?

Here we are, hours away from the last day of January.  Today we hit 51 in Portland, our 18th day at/above 50 degrees this month.  That’s the most 50 degree days we’ve seen in January since 1994. 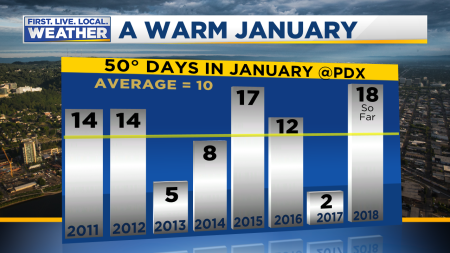 What a change from last January! 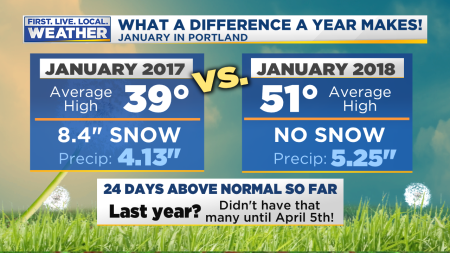 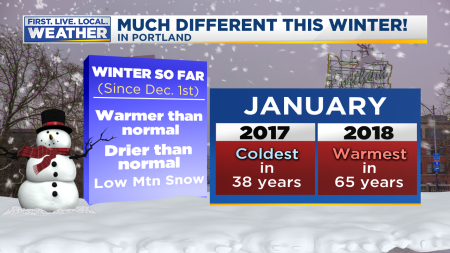 Now of course you remember we’ve had one snow event so far…3-6 hours of snow leading to the big (but timely!) 1″ total on Christmas Eve, then freezing rain later that night and again briefly on the 27th.  The areas in light blue on the map below saw 1″ or more, dark blue = 2″ or higher totals.  Note that west, south, and SE metro areas saw less than 1″.  Most of the Willamette Valley has seen no snow this winter. 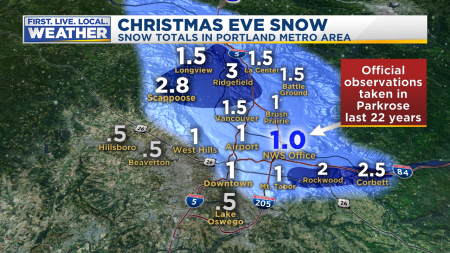 So what’s ahead?  Well as mentioned in the previous post there is no sign of low elevation snow in the next 10 days, which takes us into the 2nd week of February.

What about February snow IN THE CITY OF PORTLAND?  Take a look at the last 9 years: 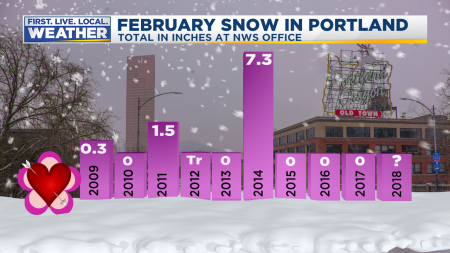 We have seen measurable snow in 3 of the last 9 years.  Although in 2012 most of us saw some snow late in the month so 4 out of 9 is probably more realistic.

WHAT DO YOU THINK?