Record Warm Sunday, But A Rainy Week Ahead

Today was a “January Scorcher” with temperatures in the metro area running 10-15 degrees above normal.  We were just two degrees short of our 60 degree record 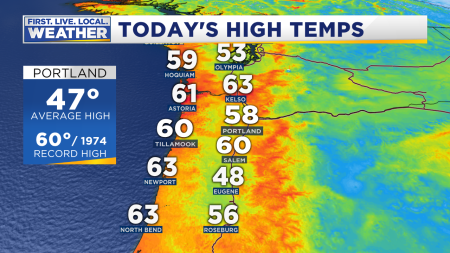 Salem, Hillsboro, & Astoria all broke records for the date 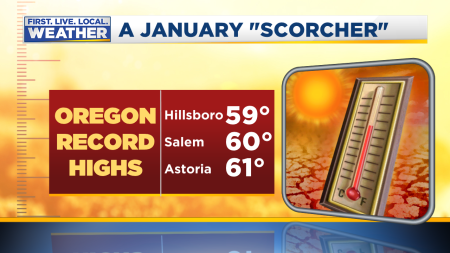 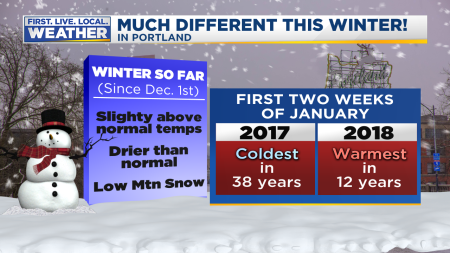 The next 3 days remain mild, although temps will be much closer to normal.  Clouds thicken tomorrow and a cold front moves inland in the evening.  This will stop the snowmelt in the Cascades; it’s been in the 40s up there since yesterday morning at the ski areas.  Note the snow depth at the lower part of Timberline Ski Area (the SNOTEL site) is the 2nd lowest of the last 10+ years: 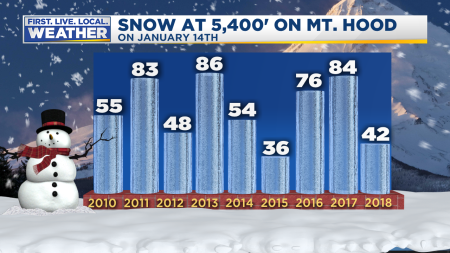 The good news is that we finally see a change coming for building the mountain snow pack.  Several much cooler systems arrive Thursday through at least early next week.  That turns things wetter in the lowlands, plus a bit cooler.  See the big drop in snow levels on Thursday? 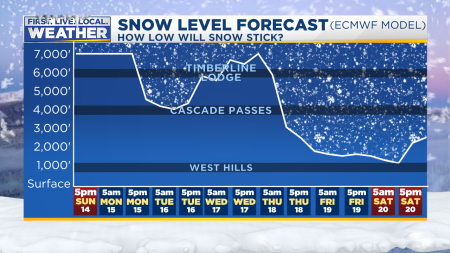 In the mountains we should finally, for the first time in over a month, see a rapidly building snow base.  Check out the morning Euro model run estimate of snowfall from now through Saturday evening; 2-3 FEET in the Cascades during that time.  Almost all of this falls after Wednesday: 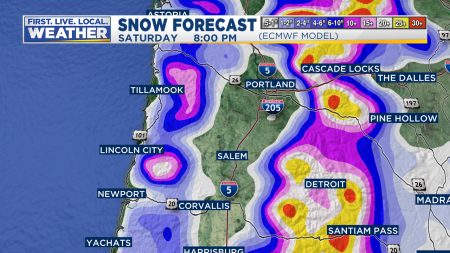 These will be colder systems moving onshore, but they will be accompanied by “onshore” flow, which means a breezy west or southwest wind with each.  That’s why I don’t expect snow in the valleys for now.

As of now I’m not sure if this is “the big change” to La Nina conditions or just a week of cooler/wetter systems.  We’ll see about that.   To sum things up, I think there are several key points for the next 7 days:

Here’s my Government Camp forecast, along with snow forecast for the ski areas at Mt. Hood (lower snow #s are for Govy, higher #s up around 6,000′) 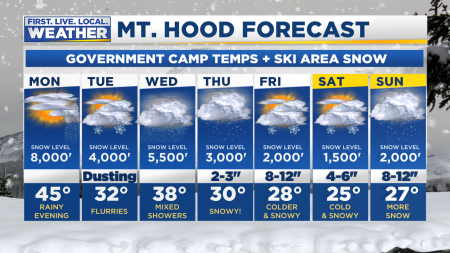