Last week President Trump decided that the USA would pull out of the nearly world-wide agreement to limit carbon dioxide emissions signed by President Obama in 2015.  Of course the media went nuts with the story, but what does it REALLY mean?  I was thinking of posting about it, but then Professor Cliff Mass up at the UW wrote an EXCELLENT article detailing some facts (and some opinion) on what just happened and what he thinks should happen going forward.  He did a far better job than I ever could!  Here’s a quote:

“…First, the reality check.   Some politicians,  the media, and others have claimed that the loss of the Paris Accord is nearly the end of the world.  In truth, the Paris Accord was a voluntary agreement, with little teeth, and inadequate to do the heavy lifting that is necessary to deal with increasing greenhouse gases.  The voluntary national reductions would have only a minor impact on rising temperature, perhaps reducing the warming by a few degrees fifty years from now.”

and another quote referring to the political wasteland that the Climate Change discussion has become:

“Both the left and the right have used global warming as political tools and as litmus tests of “right thinking.”    Both sides need to stop doing this.  It wasn’t long ago (2008) that Senator McCain, the Republican presidential candidate, talked about the need to deal with global warming.  More recently the Republican party made skepticism about global warming an official tenet of their belief system.   Democrats and “progressives” have taken a similar tack, making  global warming action a central principle of their belief system.  And they have made the serious mistake of connecting climate change to their political goals (such as equity, racism, labor practices) and have participated in exaggerating current climate impacts in order to push folks  to “do the right thing.”

It was such a great read that I insist you read it yourself here: http://cliffmass.blogspot.com/2017/06/after-paris-accord-what-is-best-route.html 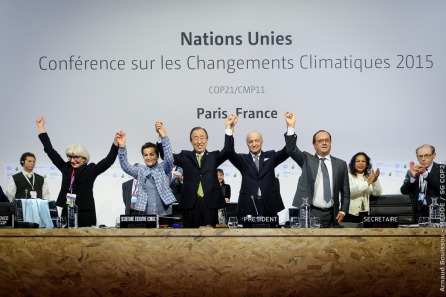 This entry was posted on Monday, June 5th, 2017 at 7:52 pm and is filed under Weather. You can follow any responses to this entry through the RSS 2.0 feed. Both comments and pings are currently closed.

7 Responses to Great Blog Post On The Paris Accords