The Rain Is Back

It’s the start of another work week for me (I work Sunday through Thursday afternoons/evening) and I see the rain is back.  A line of showers with a few embedded thunderstorms is moving north through the Willamette Valley so we might see a flash or hear a rumble in the next few hours.  This is an upper-level low that is “kicking out” over the Pacific Northwest.  By that I mean it was sitting offshore and now it’s getting caught up into the (weak) jet stream.  Plenty of lifting so some of the showers the next 3-4 hours could be heavy.

Beyond that we are in a showery pattern for the next week.  Temperatures will remain near or just a notch below normal.  At this point it appears Wednesday and Friday have the best chance at remaining dry.  Of course on the days we get showers there is the possibility of thunder since it’s spring.  Right now Tuesday holds the highest hope for a rumble.

Check out the warm temps today…for some of us in the metro area it was the warmest so far this spring…pretty nice for Easter Sunday don’t you think? 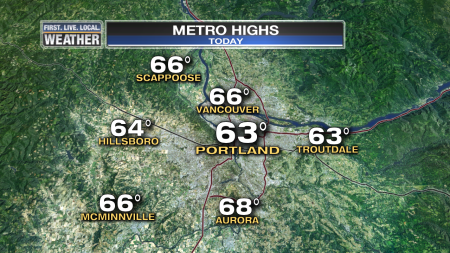 We only hit 63 degrees today in Portland, which means we still haven’t hit 64, or for that matter 65 yet this season.  That’s very unusual. 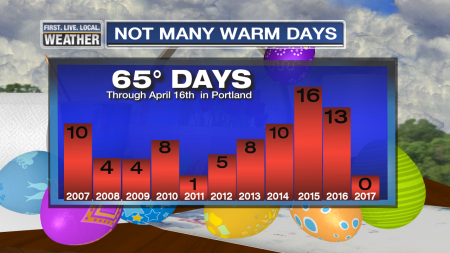 So has it been the “Coldest April in XXXX Years?“.  No, in fact even through just April 17th, we’re running warmer than the ENTIRE months of April 2011 or April 2008.  It appears we won’t be in the top ten cold Aprils either.  That’s assuming no real cold pattern suddenly appears in the last week of the month.  What’s been happening this spring is a slightly below normal pattern temperature-wise, but no extremely cold periods.  And, more noticeable, no (even brief) periods of warm weather.  Sure, a day or two here and there where the high gets 1-3 degrees above normal.   But typically in the spring we have a cool and showery week (or two) followed by 3-4 days of sunshine and 60s/70s.  We can even hit 80 in April although that is quite rare….except for last year.  More on that in tomorrow’s post.  Here’s a nice tidbit from a posting last year that this time… 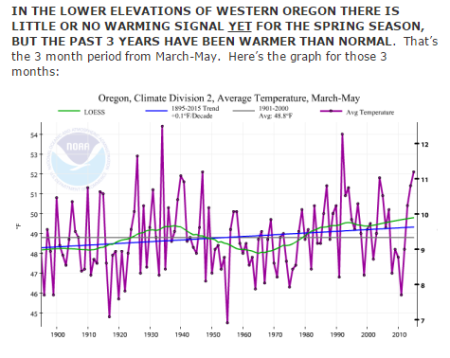 This tells me that we have been overdue for a cool spring after 3 warm ones…it’s payback time! 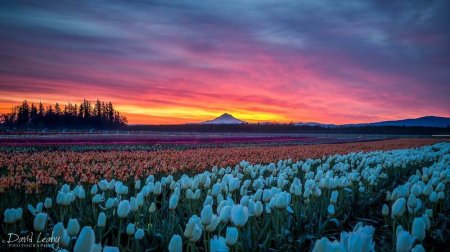 Of course he was over at the Wooden Shoe Tulip Festival near Woodburn.  Seems perfect for this holiday doesn’t it?

We’ve had a perfect weekend (for mid-April).  This is the first time we’ve had a dry and warm weekend since sometime last fall.  I got tons of yard work done the past few days and then today was a great day with the family.  Potatoes, broccoli, spinach & strawberries are in the ground and ready for an evening soaking.

But I’m back at work this afternoon and looking at maps/models…I’ll put up a fresh posting later this evening after I finish the forecasting.