Yes, The BLOB is Back

It’s been going on for a month or two, but news that THE BLOB IS BACK is suddenly circulating through the Internet world.  Let’s talk about it:

Take a look at the progression of the blog…first in late 2013: 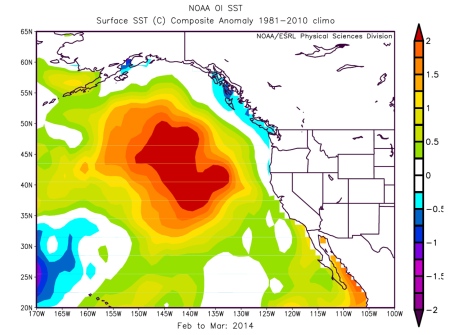 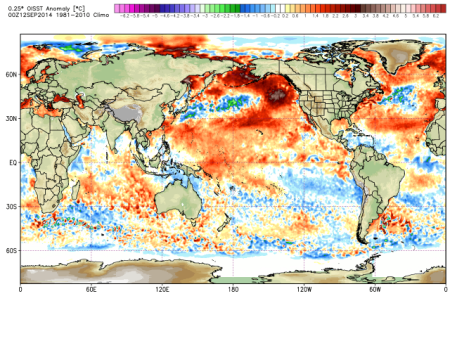 Early 2015, notice it was spreading out and the warmth moved into our coastal waters: 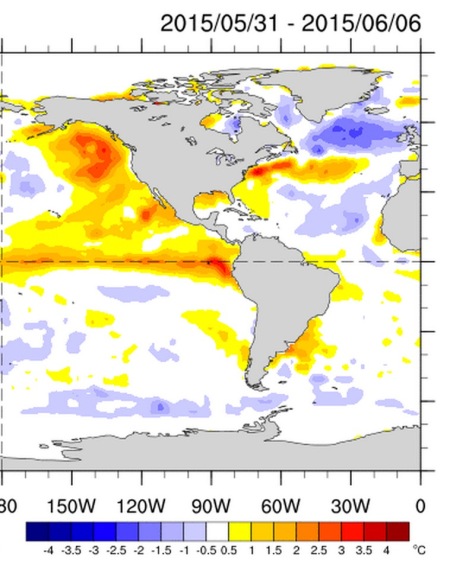 Now it is most definitely back from the dead…

Look at the global sea surface temperature map…even a casual observer can see the blob.  It appears to be the most anomalous feature on all of our global oceans!

Here is a closer view… 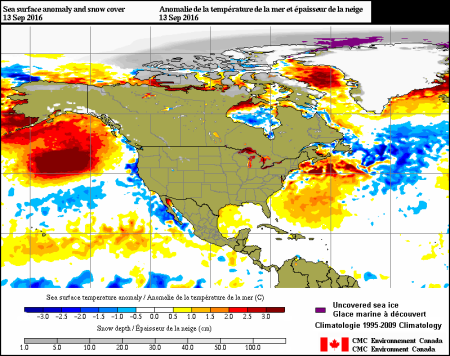 Note that right along the coast itself temperatures have NOT been warmer than normal most of this summer and are near to below normal right now as well.  That, plus the upper-level pattern, may be what allowed us to have more reasonable nighttime temperatures this summer.  We sure don’t want 8 degree warmer than normal water hugging our coastline in summer!  At least if you don’t like warm and humid weather.

Of course the next few questions:

I don’t have any good answers to those questions, although I’m worried about #3.    I think this is a total wildcard in an approaching winter that has a very high level of uncertainty anyway.  NOAA cancelled their La Nina Watch last week so we will likely be in “neutral” territory this year.  Anything goes, no La Nina OR El Nino.

Take a look at how different this post-El Nino fall looks in the Pacific compared to the same time after the last huge El Nino (1998).  Right now:

Back then with La Nina getting going we have a very cool NE Pacific (except just along the coastline).  Now we have incredible warmth.   It’s disappointing because just a few months ago it was looking like we might have a nice moderate/strong La Nina winter on the way.  Typically we get tons of mountain snow those winters.  Now we’re back to an average winter.  Or will it be something totally different (much colder/warmer/wetter/drier) than what we’ve seen the past 5 years?  I’d hate to be one of those people who have to make a seasonal forecast for the upcoming winter!

Thanks to Cliff Mass and his excellent weather blog for a few pics of the blob I used above.  He has a more thorough explanation of what’s been going on as well on a posting earlier this week.