Today was a scorcher…at least by April standards.  Here are the record high temps set today within our viewing area:

Notice Newport and Astoria Airport both recorded their all-time April high temps.  The Astoria airport records go back to the 1950s.  We didn’t hit a record in the metro area because most of us were around 90 on April 30th, 1998.  Check out the central coast temperatures: 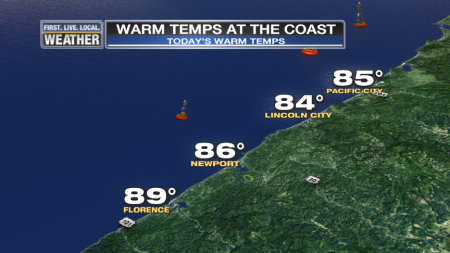 North Bend hit 91, which I would assume is an April record too, in fact the old record for the day at North Bend is just 72!

Easterly wind was actually a little TOO strong from the middle of town out to the eastside, keeping temps a little lower than I expected.  But that east wind will suddenly drop off tomorrow morning, we’ll be left with a warm air mass.  That should allow temperatures to rise a bit more in the afternoon; thus our high temperature forecast in the upper 80s.  We’ll see how that works out.

A very obvious and dramatic change will occur Friday afternoon/evening as a strong marine push of cooler ocean air moves inland along with a cold front.  It appears we might get a few sprinkles out of that Friday evening.

After that it’s on to 3-4 days of clouds, showers, and cooler than average temperatures; and that includes the weekend. 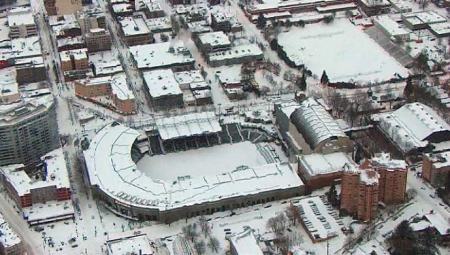 Brian and I just recorded a podcast early this week.  Find it here:

Just a quick post with a few record temps.  Everything worked out according to plan today with high temps in the 80s in the western valleys and 80s at the coast too. 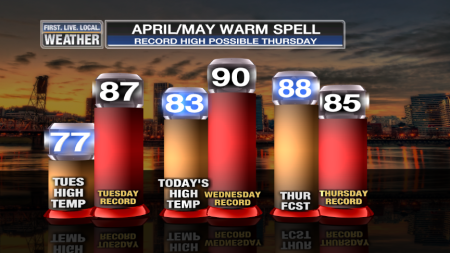 Astoria made it to 84 degrees, not just a record for the day but also the WARMEST APRIL DAY ever recorded.

East wind backs off tomorrow, and surprisingly that means a warmer day in the Portland area…more on that later.