WIND
Lots of action the past 12 hours…peak gusts were the strongest we’ve seen since December along the Coast! Lots of 60-70 mph reports. Very impressive for a couple days before Spring Break don’t you think? 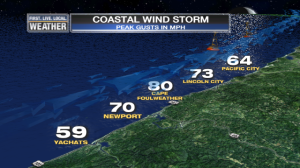 Here in the valley peak gusts were generally in the 30-40 mph range, with most areas seeing the peak gusts as showers roll through around midday. 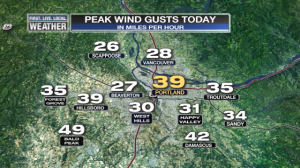 That wind will back off quickly this evening.  Eastside I see The Dalles had a peak gust of 59 mph!  Very impressive even for  the east of the Gorge in spring.

THUNDERSTORMS
Only one strike so far west of the Cascades, north of Bonneville.  But it’s a sure sign of spring that the cold front plowing through NE Oregon is spawning a nice line of thunderstorms currently moving quickly through Wallowa and Baker counties. 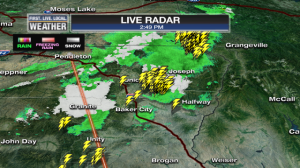 On the backside of the front Meacham has gone from 50 to snow on the side of the freeway in a little over an hour! 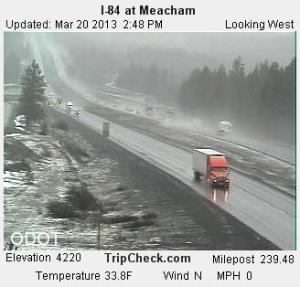 The wind dies down, the thunderstorms move east the next few hours.  That leaves us with diminishing showers the next two days west of the Cascades as a much colder airmass moves in.  Expect a dusting of snow anywhere above 1,500′ overnight, and possibly as low as 1,000′ in the Coast Range and west slopes of the Cascades.  It’s unlikely we’ll see a dusting to 1,000′ in the metro area since showers will be mainly light overnight.

Thursday night and Friday morning any showers left over should be at least a mix of rain/snow or just all snow even to sea level with a very cold airmass for late March.  However, moisture seems to be lacking if you want sticking stuff down at the lowest elevations.  In this pattern you want a heavy snow shower to suddenly drag the snow down to sea level; I don’t see that.  In fact our RPM is mainly dry during that period.

Drier and slowly turning milder this weekend and early next week.  Here is the 12z ECMWF ensemble chart: 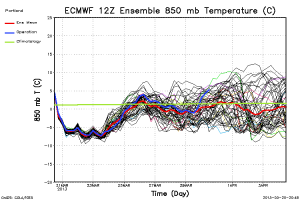