An Active Weather Day Ahead, & The Stats

Tomorrow will be a busy weather day with more widespread showers and a better chance for afternoon thunder and/or hail.

We are cooler this evening…down 5-8 degrees compared to last night at this time.  But further cooling arrives on Thursday as the bulk of an upper level trough moves northeast across the Pacific Northwest.

The cooler air moving in higher up, along with the nice lifting from afternoon sunshine seem to be a good setup for more widespread downpours along with possible hail or thunder.  Maybe a fun afternoon!…annoying for those of you with afternoon sports practice outside though.

We get a nice break Friday, then a weak upper level system drops in from the north on Saturday.  That may or may not give us a mostly cloudy and drippy day Saturday, models seem to be wavering on how far south to bring the moisture with that one.  I’m more confident we have nicer weather Sunday before a long stretch of cooler and wetter weather begins Monday.

Some of the regulars probably notice my posting frequency has gone down over the past week.  There’s a good reason for that, there just isn’t as much weather to talk about from now through the early Fall (most of the time).  I received a relatively nasty email last October.  A reader complained that I had just “lost interest” and didn’t post nearly as “much as I used to”.  Basically he was saying  “what’s wrong with you? You’ve lost your weather mojo”.  Well, if you look back through the winter that sure wasn’t a problem.  Once the weather gets going again I post more often.  I find I also devote less time to other pursuits during the winter season so now it’s catch up time for the rest of life.

You might be amazed at how weather sensitive this blog is to the weather patterns.  Obviously there is more interest with more weather, but the changes are quite dramatic.  For example, on the rainy/snowy day in March we had 26,000 page views.  That was the day I took off on vacation.  When it really is winter and we have an arctic blast or actual snowfall in the city that sticks around?  More like 50,000 to 80,000 page views.  But as soon as the weather goes quiet, regardless of the time of year, it always drops to 1,500 to 3,500 page views each day.  It’s very reliable that way.  Even summer is the same, with spikes when we have thunderstorm patterns and with heat waves. 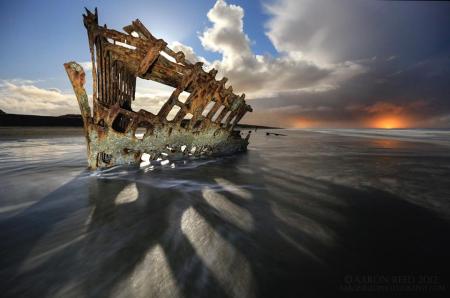 Second is Twin Rocks at Rockaway Beach…pic by Don Best: