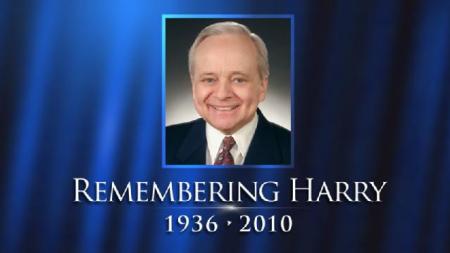 Steve Pierce sent this to me just a few minutes ago.  Longtime KIRO-TV weathercaster Harry Wappler died last night.  Those of you in most of the Portland television market have probably never heard of him…but think of him as “Seattle’s Jim Bosley”.   And I think some of you in Clark and Cowlitz counties may receive KIRO’s signal via cable.  I spent the last 7 years of my life before Portland growing up in Chehalis, so I was able to watch all the Portland stations AND all the Seattle stations all through the 1980s.  He’s a legend up there, maybe not for being the ace weather geek, but for his comfortable, friendly delivery on television.  He was exactly the same in person.  My first introduction to the television weather world was at KIRO-TV in the winter of 1990-1991.  I did a 3 month internship there while attending the UW.  I worked with Larry Rice and Nick Walker (he was only the lowly weekend weatherguy then!).  It was an exciting time…a TV station with weather maps and cool weather graphics that you could create on a computer!!!  For my internship “final” I interviewed Harry and wrote a paper about it.  He was a very nice guy who was willing to sit down for 20 minutes and talk to a college kid he had never met.  I always interned on weekends and mornings; he worked evenings.  People like that always impress on me how important it is to slow down, take the time,  and help others out when you can.  And no matter what your position in life, how much money you make, or how much power you hold, you’re no different than everyone else.  Okay that’s a little deep, but I just got the feeling that’s how he operated up there.  Rest in peace Harry!

Here’s a link and some pictures on the KIRO website:  http://www.kirotv.com/station/23224361/detail.html

This entry was posted on Wednesday, April 21st, 2010 at 9:51 pm and is filed under Weather. You can follow any responses to this entry through the RSS 2.0 feed. Both comments and pings are currently closed.